Construct of the Week #27 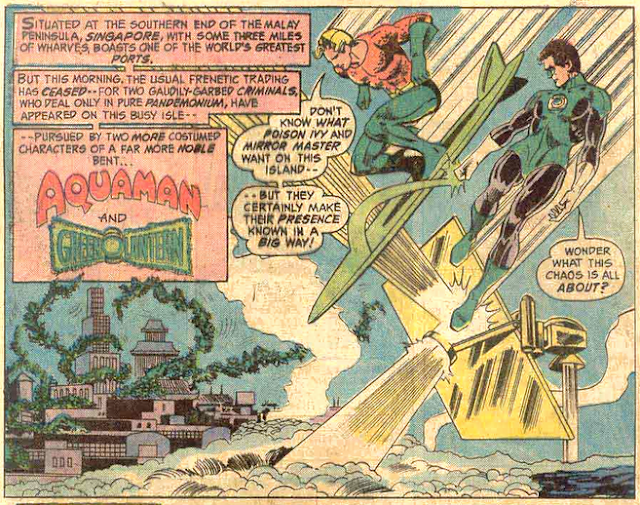 Email ThisBlogThis!Share to TwitterShare to FacebookShare to Pinterest
Labels: Aquaman, Construct of the Week, Hal Jordan

Who Turned the Lights Out?

As happens to us all from time to time, I recently found myself in the unfortunate position of having to cut down my comic book pull list while I divert my finances towards more practical requirements.  On the plus side this means I have ample opportunity to reacquaint myself with my back-issue collection, including a 5 year run of JLA.

All the talk recently of the up-coming 'Lights Out' storyline running across the Green Lantern titles reminded me of another time when the lights went out for GL.  Whereas in the excellent Green Lantern #23.1 featuring Relic it looks like the Lantern Corps power batteries are literally going to fade throughout the DCU, the incident I recall was a much more personal experience for Kyle Rayner.

The scene played out in JLA #43 & #44, in the 'Tower of Babel' storyline written by Mark Waid.  Unbeknownst to his fellow Justice Leaguers Batman had devised plans to neutralize each of them in the event that they went rogue or fell under the control of evil influences.  The problems began when Ra's Al Ghul used his resources to hack the Bat-Computer and steal the emergency plans so he could take down the League before initiating a nefarious scheme to wipe out mankind.

Superman obviously has his Kryptonite but Bats had to think a little differently to overcome the resident Green Lantern on the team. 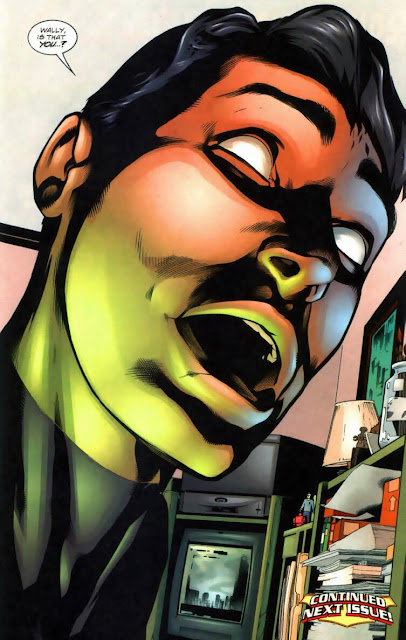 Fans will know the thing that makes Kyle Rayner such a unique and talented Green Lantern is his background as an artist.  In the right hands a power ring will create anything its wearer can imagine which in Kyle's case is pretty much unlimited.  Whereas Hal Jordan spent years reusing the same tried and tested fist construct, his successor produced any number of fanciful creations.  From Manga characters to alien beasts we have been spoiled with a visual smorgasbord of the wild and wonderful.

What Batman realised was that Green Lantern's strength was also his weakness.  His ability to wield the ring relied on visualising the constructs he conjured up.  All Batman (or in this case Ra's) had to do to take Kyle out of the game was to rob him of his sight.  Not being able to see the world around him made the GL virtually powerless and easy prey for Ra's and his daughter, Talia. 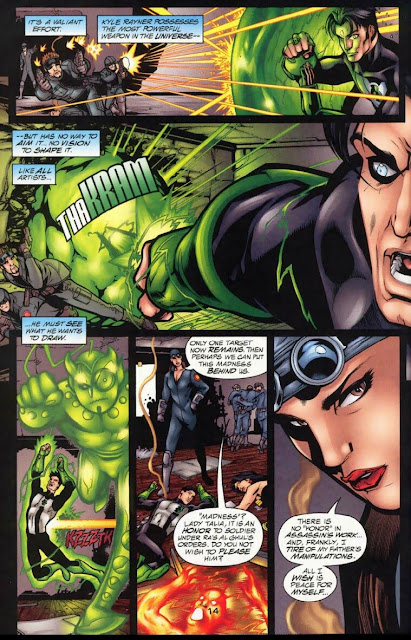 For those who are curious as to how exactly Kyle was rendered blind in the first place and how his terrifying predicament was eventually reversed in true comic book style, you need look no further than the old post-hypnotic suggestion trope.  And I am very pleased to report some 13 years after the 'Tower of Babel' arc was originally released that our hero and his teammates where able to overcome their dastardly plight and save the Earth once again. 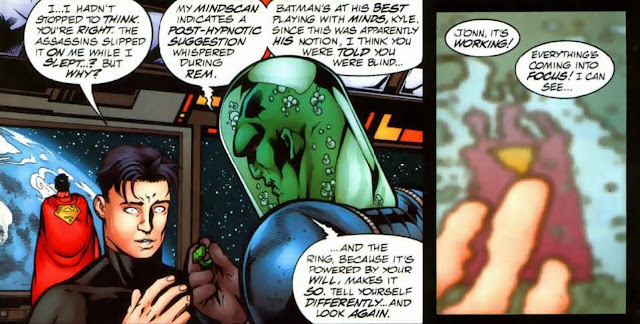