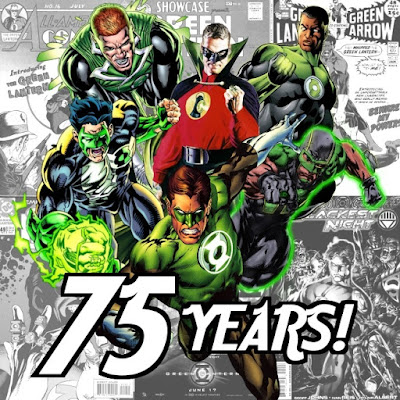 The party continues for Green Lantern's 75th anniversary but let's face it, what is a party without cake?  And what is a geek party without geek cake?  So, in an exciting first for Flodo's Page, I would like to welcome a very special guest writer to the blog.  She is the undisputed queen of geek cakes and my long-time Super-Blog Team-Up comrade, Karen Williams from Between The Pages Blog, the most delicious nerd culture fansite on the web.  In honour of GL's 75th Karen has a real treat in store for us - five of the finest Green Lantern themed cakes ever baked. So without further ado...

KW:       Back in 1940, Martin Nodell, a young comic book creator who had only been working for All-American Publications for a short period of time, went to the opera and saw Richard Wagner's classic The Ring of the Nibelung. He left with the idea for a superhero whose powers came from a magic ring. From that idea, Martin went on to create a new superhero called Green Lantern. That was 75 years ago this summer! So today, we are celebrating Green Lantern's 75th birthday with cake! 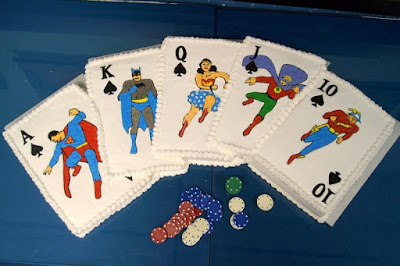 Alan Scott was the original Green Lantern. Here is Alan with his famous Golden Age counter parts: Superman, Batman, Wonder Woman, and the Flash. Talk about a winning hand. The awesome Justice Society of America / Poker Hand Cake was made by Annette. 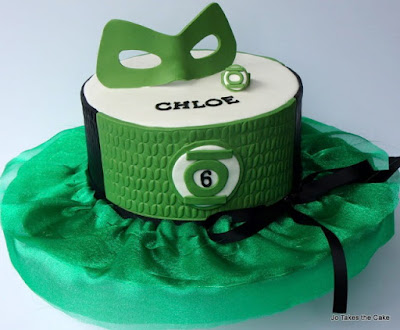 By the 1950s, interest in superheroes was waning. So In 1951, DC Comics published the last appearance of the Justice Society of America. This was Alan Scott’s last Golden Age appearance. This probably would have been Green Lantern’s last appearance ever if not for Julius Schwartz. Julie was an agent for famous science fiction writers like Ray Bradbury and H.P. Lovecraft. But, he was also a comic book editor. Since science fiction was popular, he decide to try to revive golden age characters like Green Lantern, The Flash, The Atom, and Hawkman by creating new versions of these classic characters and giving them a science fiction spin. In 1959, a new Green Lantern – Hal Jordan appeared. Hal was given his ring by a dying alien, had adventures in space, worked for a little blue men, and was part of The Green Lantern Corp. This great cake, made by Jo Takes The Cake, is based on the Hal Jordan’s Green Lantern’s costume. 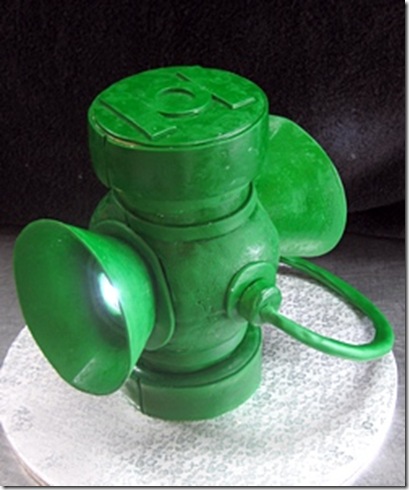 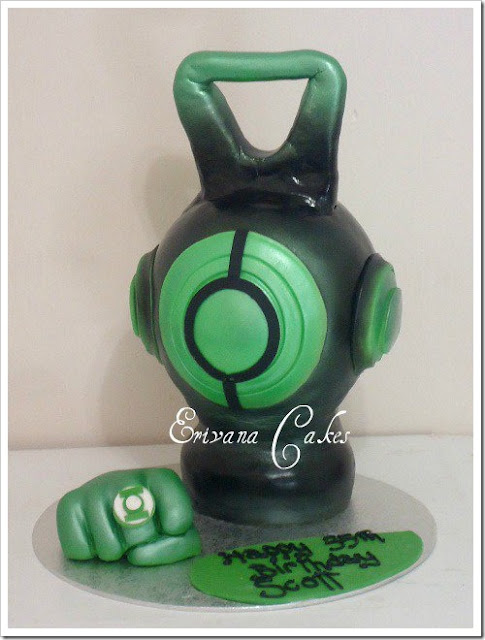 In 2011, Green Lantern stared in his own feature film. This cool cake, made by Erivana Cakes, features the lantern, glove, and power ring from the movie. 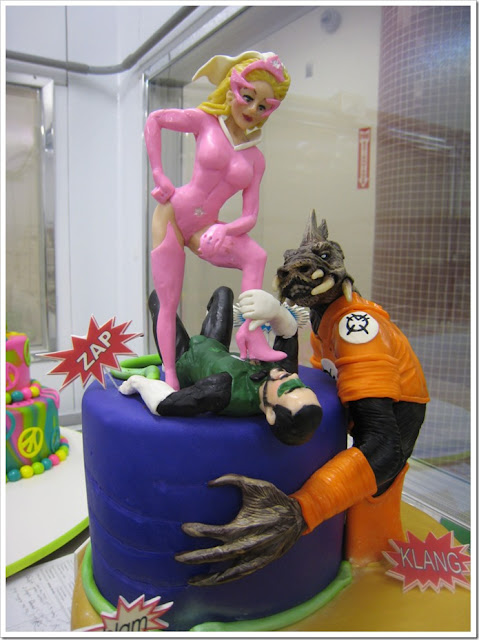 It has been 75 years, since Martin Nodell, sat in the audience of an opera and dreamed of a superhero with a magic ring. Like that ring, Green Lantern’s first 75 years have been magical. Happy Birthday Alan Scott and Thank You Martin for creating magic!


And thank you Karen for treating us to such wonderful collection of cakes.  You can find more from Karen on her fabulous Between The Pages blog, and if you pop over there right now you might even come across a Green Lantern anniversary guest post from yours truly!

And don't forget to check out all the other fansites and podcasts that are joining Karen and me in celebrating 75 illustrious years of Green Lantern.