A Nod From the Distinguished Competition

Back in 2012 you couldn't swing a Red Lantern cat in Comic Book Land without running into The Avengers.  Marvel's highly anticipated team movie was released in April 2012 and a few months before, in January, creators Dan Jurgens and Aaron Lopresti gave a tip of the hat to all the media hype in their DC Comics published title Justice League International #9.

When Guy Gardner needs to turn on the fire power in a battle against the mighty O.M.A.C. he takes a leaf out of Tony Stark's book and suits up in his very own Iron Man armour. 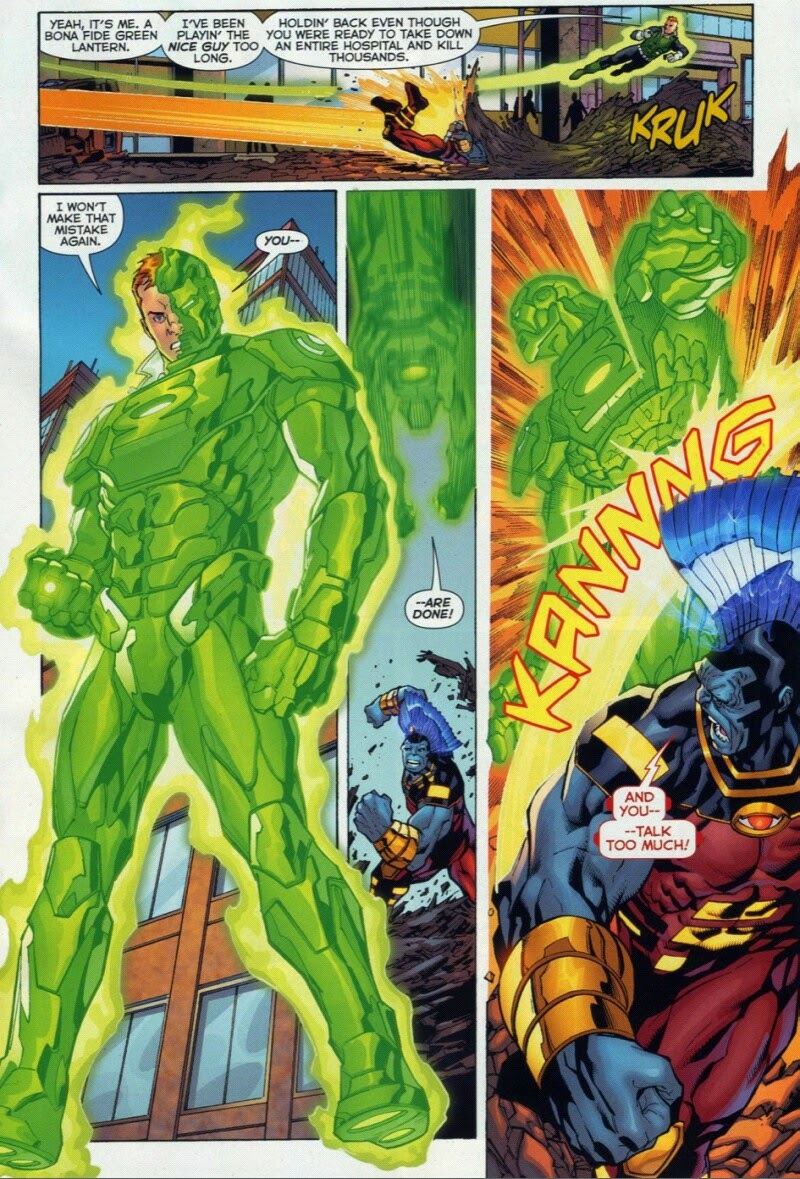 The look reminds me of that very special comic book from the nineties when the Marvels and their Distinguished Competition came together to create a limited series set in the the topsy-turvy mash-up world of the Amalgam Universe.  In reality Amalgam had as many misses as hits with the likes of Bruce Wayne, Agent of Shield and Lobo the Duck drawing compliments and criticism from all sides, but for my money the coolest hero to come out of the whole project was Iron Lantern who, for obvious reasons, looks not too dissimilar to this latest construct from the ring-wielding JLI'r.

As if that weren't reference enough, when the iron suit isn't quite up to the task of taking down O.M.A.C., Guy ups the ante with a giant glowing green hammer that has more than a hint of Asgardian in its design! 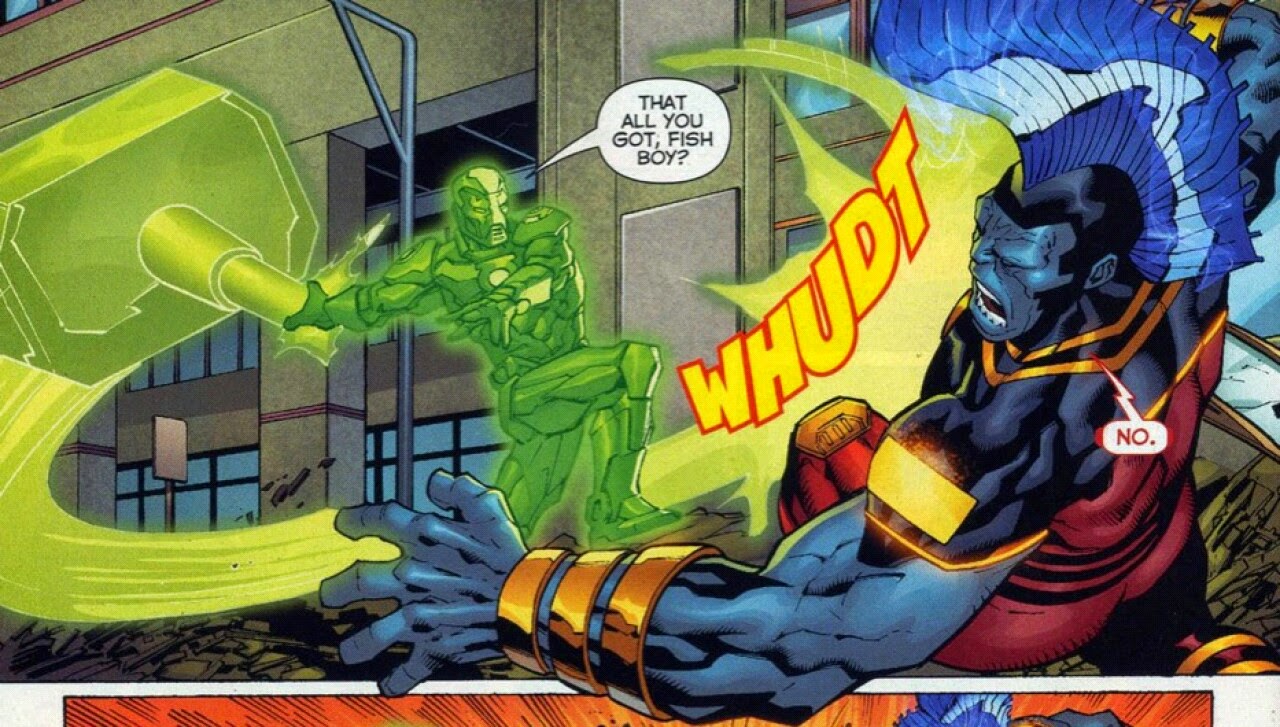 Check me out... with Green Lantern! 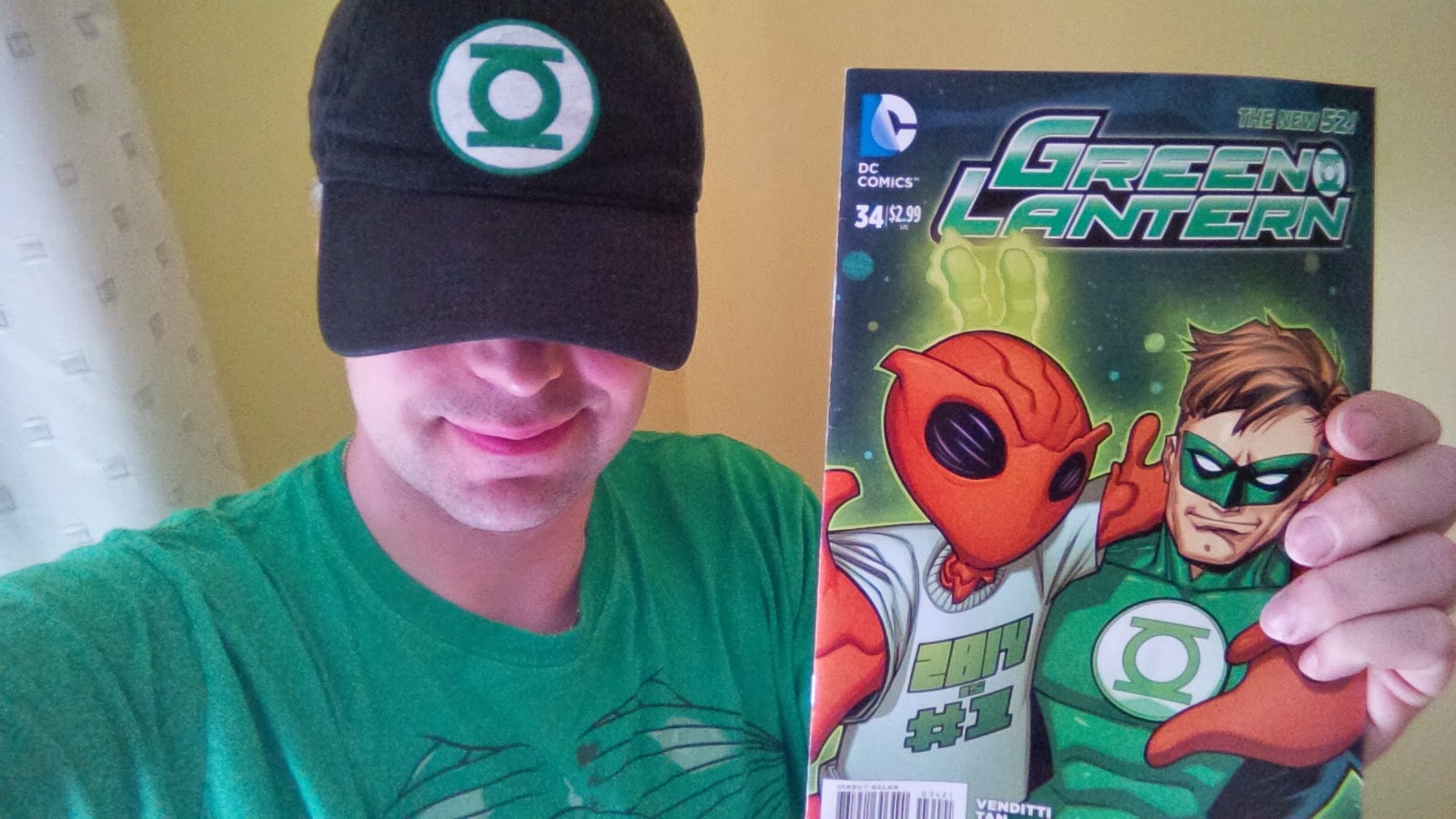 DC Comics have released a selection of "selfie" variants this month to adorn the covers of some of their mainstream titles.

And, I have to say, I am enjoying the heck out of them
a lot more than any self-respecting mid thirty-something family man should probably choose to admit... 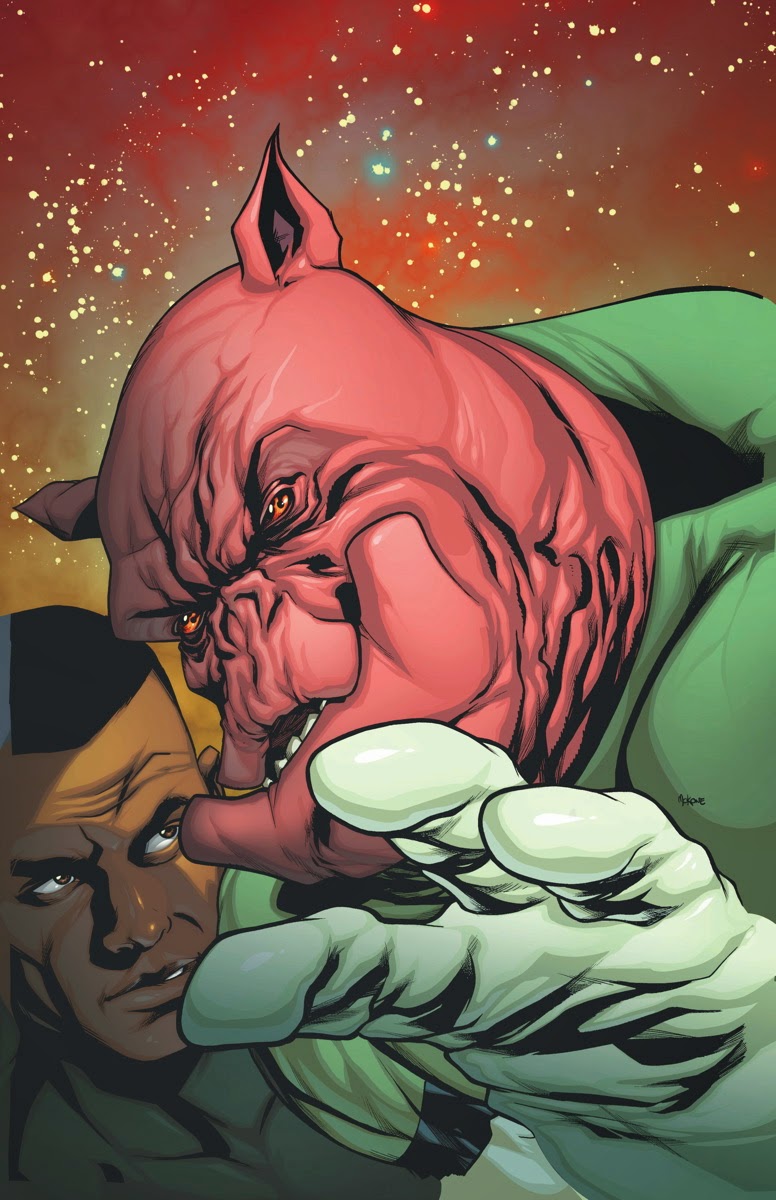 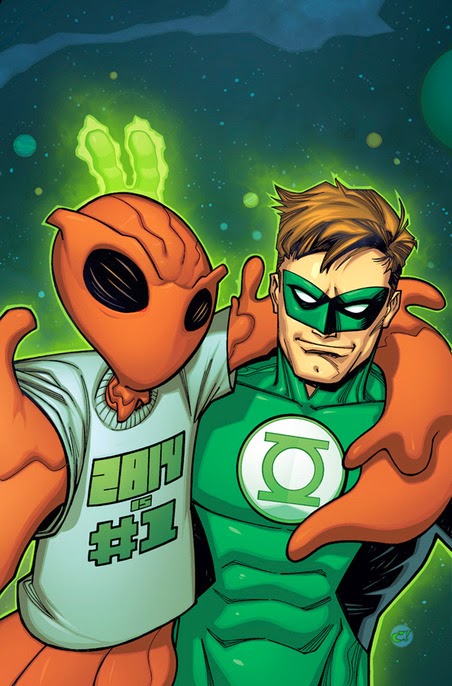 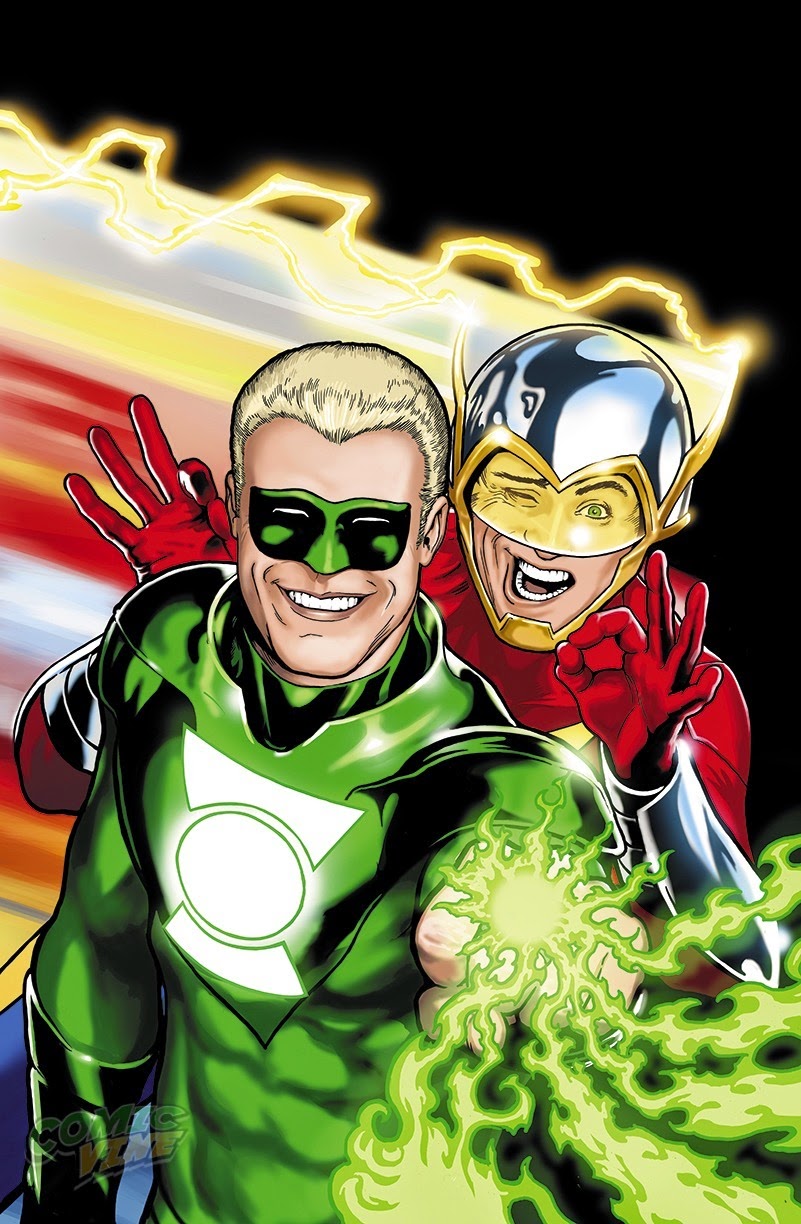