Christmas and the holiday season is a very traditional time of year when we remember times past and family spread far and wide.

With this in mind I was struck by the appropriateness of the cover for Green Lantern #18 (vol. 1), 1945.  You couldn't be any more traditional in the Green Lantern universe than Alan Scott and Doiby Dickens, the original Golden-Age GL and his trusty cab driving sidekick.  And while they may not be from Oa, these two are definitely part of the wider Green Lantern family and the inspiration for some of the finest superhero comics ever written. 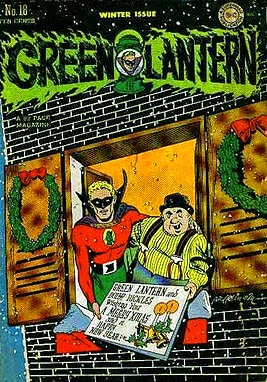 So from myself and all our contributors here at Flodo's Page, have a Merry Christmas, a wonderful holiday and may 2015 bring the Brightest Day to you, your family and all of your loved ones. 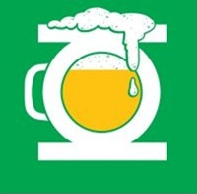 First up, don’t give intoxicating liquids to a gaseous life form… it screws our pharmacology right up!
So here it is.  News flash.  While your world continues to turn, any Green Lantern obsessive will tell you the biggest change in comics since DC’s Flashpoint has just occurred.  March 2015 solicitations are out.  I don’t normally read the solicits but Twitter hooked me up and this is one that I couldn’t ignore….
I buy most of my books in digital these days but print still holds a special, respectful place in my life.  Amongst the few titles that I still collect from my LCS are of course the Lantern books.  The GLU.  Of which there are currently 5.
But come March Green Lantern Corps, Red Lanterns and Green Lantern: New Guardians are all being hailed as final issues.  Gutted to say the least! 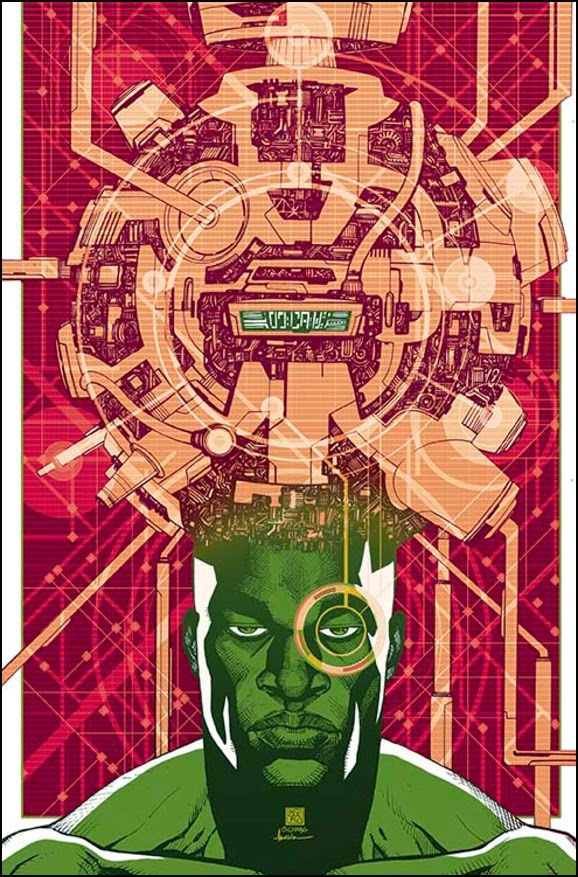 I love Green Lantern and Sinestro.  Robert Venditti and Cullen Bunn are both veritable geniuses.  But I ain’t about to enjoy my favourite comic book franchise being compressed by 60%.
In the last year Justin Jordan and Charles Soule have both been legends on GL:NG and RLs.  9 issues out of 10 they have taken the outer extremities of the Lantern universe to new heights and uncharted territories.  Told stories that have never been told before without spitting on the mythos that spawned them.
But for me the biggest loss is Green Lantern Corps.  Van Jensen has been irrepressible on this book.  He is obviously very close to Venditti, the writer on the main Green Lantern title, and the books tie in heavily together and are best read as a cohesive unit.  But they are not the same book.  Van Jensen has done his research.  He knows his main character, John Stewart.  He knows his own created characters, the new Green Lantern recruits.  And he knows the history of the GLC and pulls out character after character that we haven’t seen or heard of in a very long time. He writes action, politic, romance and intrigue with equal clarity.
At the heart of his writing, whether consciously or not, he swears Corps up and down.
In short folks, DC Comics are going to have to think of something very clever to do to replace this book.  I will not accept that this is just going to be a gap in my life. 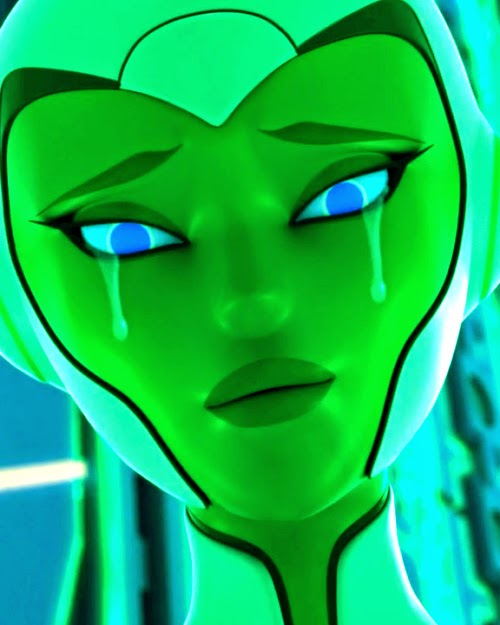 'Convergence' is coming.  Another apocalyptical event from publishers that will “change comics forever”.  And I am not being cynical when add the inverted commas because, to be fair, it might.  I just bemoan a little because I hate my favourite books being cancelled.
I have been touting on the interwebs that they might replace the book with something from the past, like an original Golden-Age Alan Scott book.  They might also bring out the long anticipated anthology book that deals with stories from all of the coloured Corps in the style of the much loved Green Lantern Corps Quarterly.  In my heart of hearts I think it is all a publicity stunt and at the very least Green Lantern Corps will return in some form or other.
The GL franchise was never going to sustain 5 books forever.  And I get that.  But it would be a travesty if we had to view everything through the eyes of the main players, Hal and Sinestro, from now on at the expense of the rich story-telling that can be derived from the rest of the expansive Lantern universe. 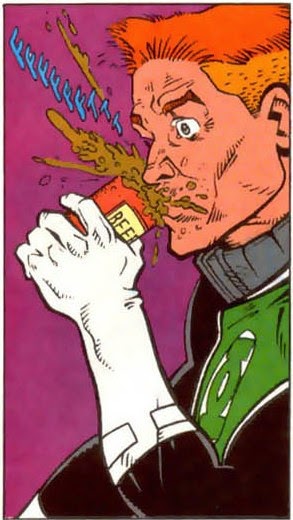 So cheers to the writers and artists who may (or may not) be leaving our GL family before long.  You will be missed and remembered.  Cheers to all the Fanterns because we know we care.  And I am going to go out on a limb and say cheers to DC Comics too, because I'm superbly confident they are not going to sell us short when it comes to Green Lantern (hint, hint...)