Love and Will: Sides of a Triangle

 At the risk of falling foul to understatement I think it is safe to say there is a whole lot going on in the in Green Lantern right now.  'Lights Out', the story arc currently playing out across the four main Lantern titles, has delivered drama by the bucket load.  The Blue Corps of hope have been wiped out, the energies of the emotional spectrum are all but depleted and the planet Oa, the spiritual home and base of operations for the Green Lantern Corps has exploded into so much space debris.  Wherever we look the status quo has been turned on it's head.
In the middle of all this cosmic action we could be forgiven for passing over a smaller, more personal drama that is playing out in the pages of Green Lantern: New Guardians.  A situation that could also have serious ramifications for the GL universe as we know it.
Carol Ferris, long time love interest of Earth's premier Green Lantern Hal Jordan, declared in Green Lantern #21 that she loved Hal but she could not be with him anymore.  Since then she seems to getting very close to one young and undoubtedly handsome Kyle Rayner, formerly regarded as Green Lantern 2814.4 and often considered by fans as a pretender to Hal's crown.
Where this will go no-one can say for certain but it may interest you to know that this is not completely uncharted territory.  In 2002 DC Comics published a 3 part 'Elseworld' mini-series called Evil's Might which was set in the streets of old New York when Irish gangs fought tooth and nail in the crowded alleys of the Bowery.

In this imagined tail Hal Jordan was a police inspector of noted repute and Carol Ferris was his fiancé and the daughter of a very wealthy business and politician.  Kyle Rayner, on the other hand,  was an impoverished Irish immigrant who reluctantly found himself in embroiled the protection rackets and petty crime that passed for everyday life for anyone who had 'stepped off the boat'.﻿ 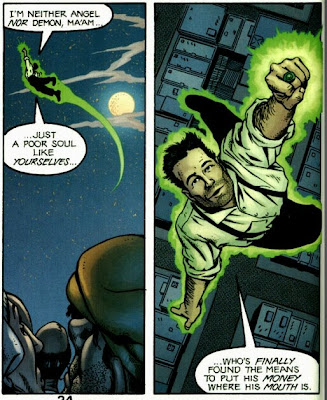 His world was suddenly changed when he came across a strange old lantern and an emerald ring hidden away in a pawn shop.  At last Kyle was able to follow his heart and set about helping the downtrodden inhabitants of the Bowery under the guise of Green Lantern.  His heart led him down another road too as he set about wooing Carol Ferris.
﻿ 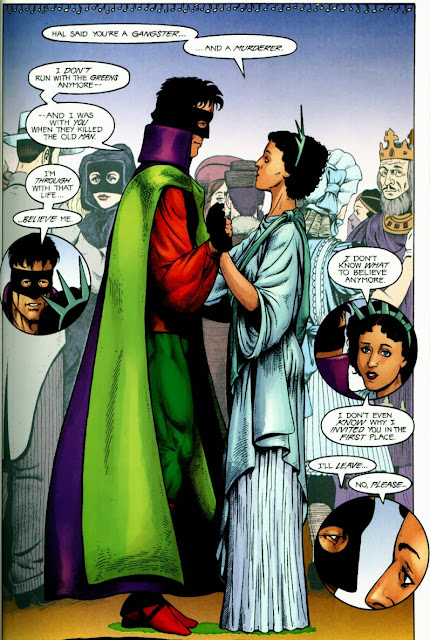 Coming from such different walks of life, one would assume that Carol and Kyle had nothing to connect them but this was not in fact the case.  She was a campaigner for women's right to vote and he was a clandestine political artist satirising the upper classes who played games with people's lives in the pursuit of wealth and power.  Even Miss Ferris' own engagement to Hal was orchestrated by her power-hungry father to gain influence over a decorated police inspector.  Through all this Carol and Kyle's shared desire for justice and equality burned brightly. 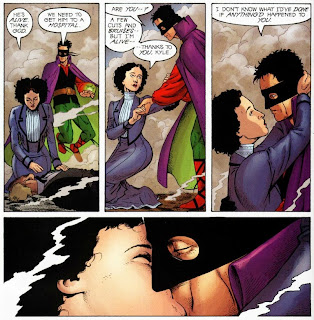 Hal became aware that he had a rival for his betrothed affections and plotted against him, turning his back on his higher moral code to join forces with Kyle's enemies in the gangs in order to take the Irishman out of the picture.  A plan to kill Rayner in a mining explosion turned sour when Hal realised that Carol had stumbled into the trap as well.  He finally showed what he was really made of when he placed his own life in mortal jeopardy to save the love-struck couple.﻿ 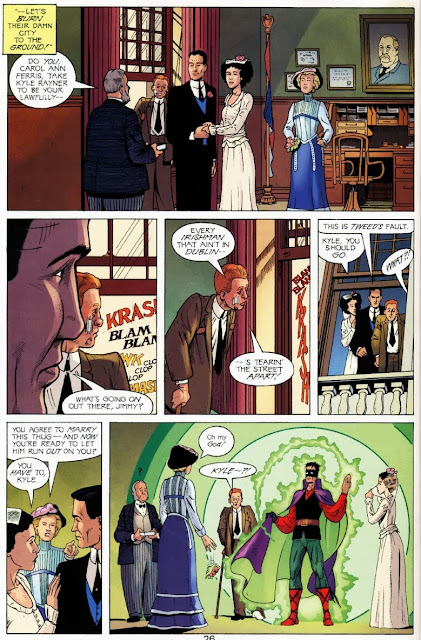 In a sure sign that love conquers all the delicate debutant and her roughshod street urchin defied the odds to share wedding vows and pledge their lives to one another.  Kyle gets his girl and Hal Jordan (eventually) accepts he had lost in love and steps aside.
This is not the end of the story and I thoroughly recommend you track down a copy of Evil's Might.  While love wins out, the path of a Green Lantern is seldom easy.  It wasn't for our young Elseworld heroes and it is unlikely to be for the members of the ring-slinging love triangle in our comics today as they struggle with their own feelings while fighting to protect the universe from ever-present disaster.  
﻿ 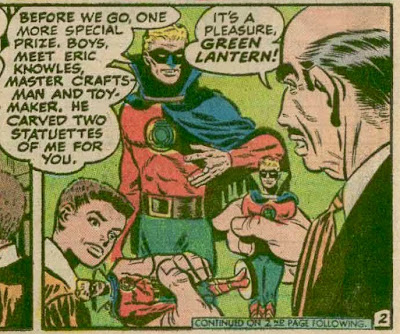 but there is just no pleasing some people! 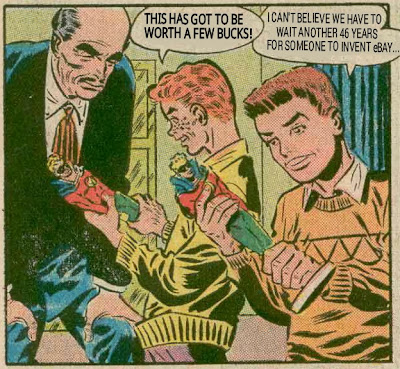