The most powerful weapon in the universe?!

We all know the legend.  The Green Lantern Corps.  An intergalactic police force armed with the most powerful weapon in the universe.  A ring with abilities limited only by the will of its wearer.

If only life was that easy…

It is all well and good having command over solid light, conjuring into existence anything you can possibly think of.  It would be nice if somebody told the constructs that this was the plan too! 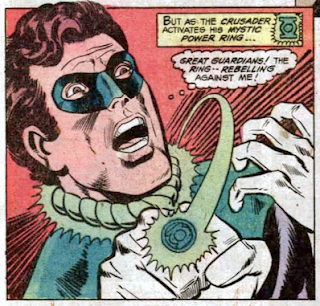 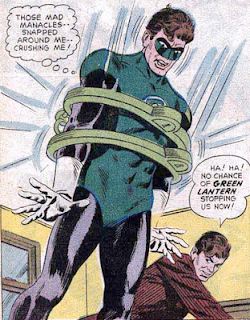 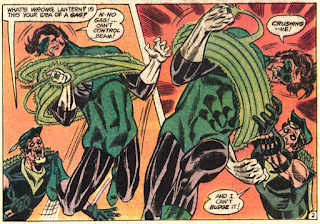 And what happens when the bad guys use that green energy against you?  Do they teach that one in rookie school? 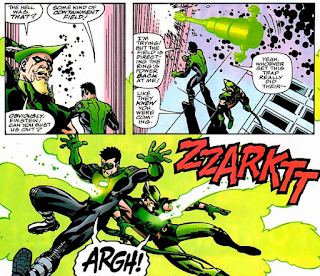 This isn’t the only problem, of course.  A power ring has a limited charge.  A charge with a nasty habit of running out at the least convenient of moments… 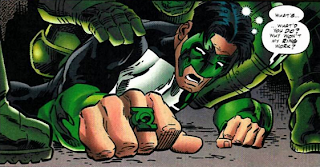 Might seem like bad news when you are face down in the dirt.  But it’s nothing compared to how you’re going to feel if the tank runs dry mid-flight. 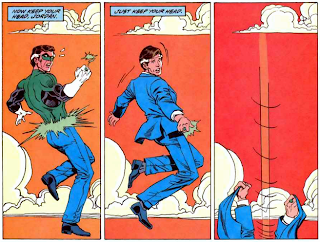 And imagine doing that in front of the girl you’re trying to impress – it’s not a good look! 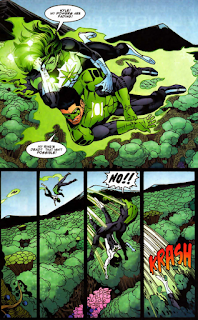 So just have a little think on it when the Corps come calling. 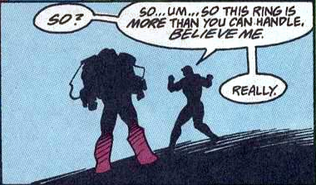 Do you still fancy your chances wielding the most powerful weapon in the universe? 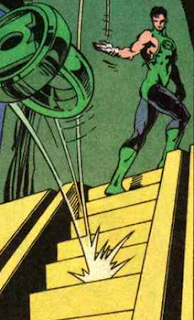