So you love Green Lantern (and let's face it, why wouldn't you?) but you stepped away for a while, or you are daunted by the long history of the GLU, and you don't know where to jump back on.

At Flodo's Page we are always here to help a willing rookie overcome great fear and there has never been a better time to be a Lantern fan because, as the title suggests, right now in DC Comics there are Lanterns, Lanterns Everywhere!

Here's the low-down you'll need to find
the GL book that is right for you:

Green Lantern - The mainstay of the world's favourite comic book franchise, this title follows the fortune of Silver-Age hero Hal Jordan as he struggles to come to terms with leading the largest police force in the universe (GL is very closely tied to Green Lantern Corps at the moment and I strongy recommend the two are read together). 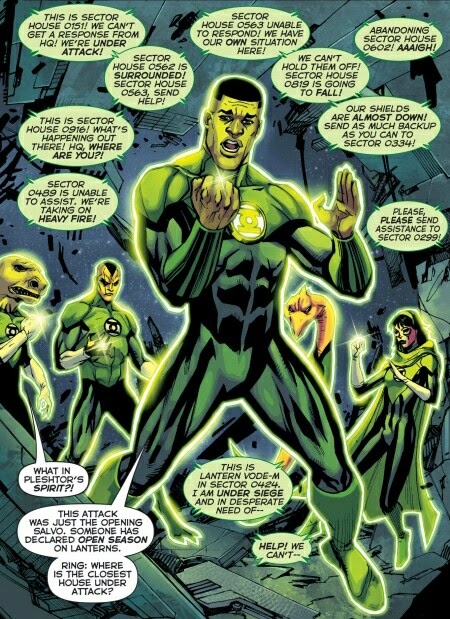 Green Lantern Corps - Fan fave John Stewart gets down and dirty in the trenches, inspiring the next generation of Lanterns to carry the torch (lantern!) at a time when their reputation has been severely tarnished.  They have to put it all behind them and get on with the job of saving the galaxy.  This is the book that puts the T-E-A-M in team.

Green Lantern: New Guardians - White Lantern Kyle Rayner explores the cosmos, righting wrongs with a bunch of Guardians that had been locked in a box for half a billion years tagging along behind him.  Together they face moral dilemmas and ask each other, "What does it all mean?".  Think James T. Kirk with the power of a god. 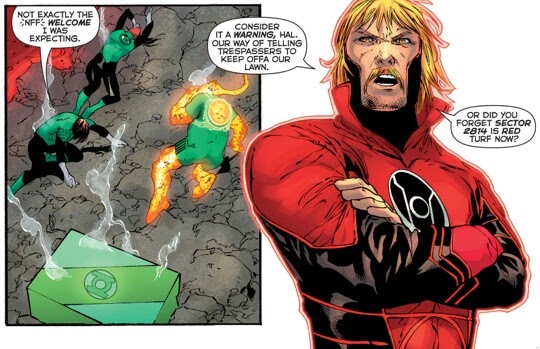 Red Lanterns - Guy Gardner has switched sides and now leads a rag-tag gang of Red rebels who are just beginning to realise there is more to life than spewing naplam over people all day long.  This book has been a revelation since Charles Soule took over writing duties and is HIGHLY recommended to anyone who likes their comics fun and action-packed.

Sinestro - The most recent addition to the Lantern stable, the book (as the name suggests) follows the adventures of the baddest ass-est villain in the DCU.  Sinestro is a malefactor on a mission, so if anti-heroes are your thing this is the book for you! 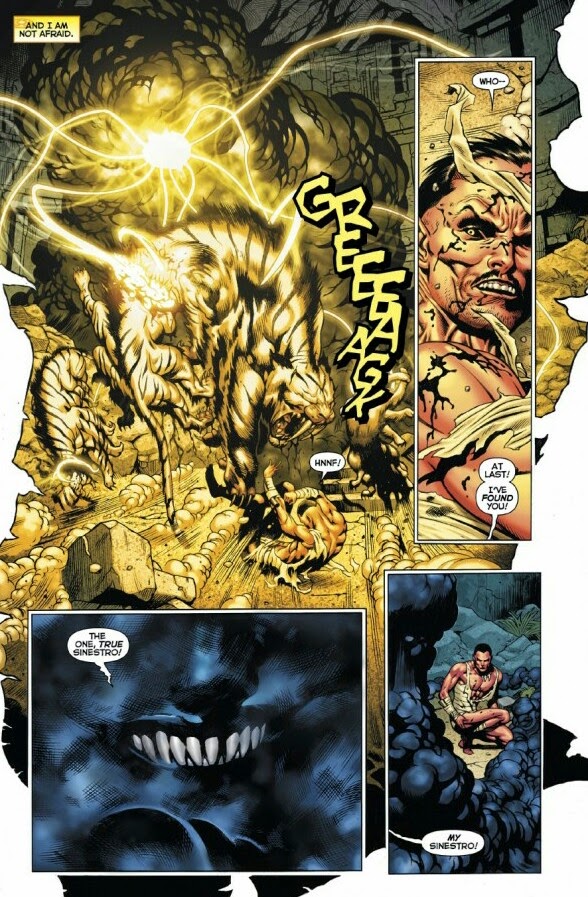 Larfleeze - Coming to the end of a 12 issue run, the Glutton of Greed rollercoasters his way across the stars battling gods for ownership rights to one very reluctant butler.  Written by Giffen and DeMatteis with the same zany tongue-and-cheek humour they brought to Justice League International in the '80s, this is one for the comedy lovers.  And the whole adventure is soon to be available in trade!

Justice League of America / Justice League United - Following the fallout of the war with Relic there is only one Green Lantern permitted to remain on planet Earth, and that Lantern is Geoff Johns' own original creation, Simon Baz.  Baz appeared initially in the JLA and teasers promise he will be cropping up in JLU shortly. 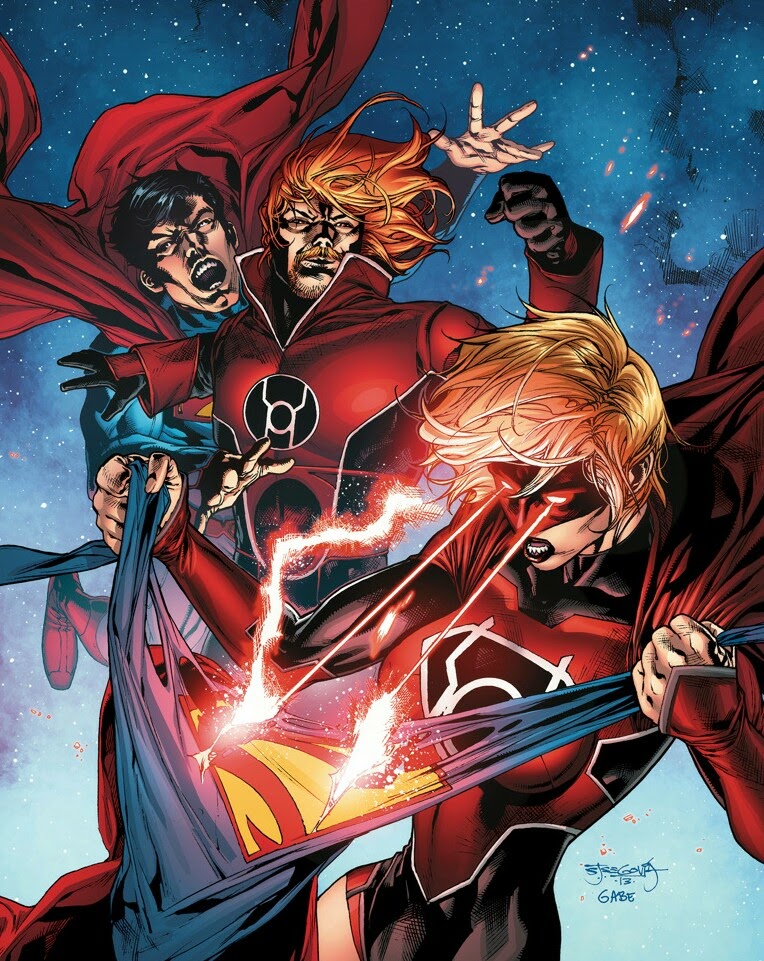 Supergirl - What happens when the strongest teenager alive throws a mega-strop?  She gets recruited into the Red Lantern Corps of course!  Penned by GL stalwart Tony Beddard, I can't recommend this crossover enough.  The title of the arc alone, "Red Daughter of Krypton", is enough to get the heart pounding and send adventure-lovers racing to their local comic book store.

Justice League 3000 - Another one from Giffen, this book is not short on laughs either but has a much darker tone than Larfleeze.  The League in this book are somehow brought back from the dead 1000 years into the future and, worst luck, their powers are on the blink.   Hal Jordan is slinging a magic cloak instead of a ring and becomes troubled by the unwanted affections of a tempestous teen with superpowers beyond measure.  It is not going to end well!

Scribblenauts Unmasked - The heroes of the excellent video game join forces with the heroes of the DC universe to kick some tail and look very cute doing it.  Issues #3 and #4 feature a rollicking battle between Green Lantern Corps and a dastardly team-up of Red and Yellow Lanterns.  Chuckles and a great big dollop of action ensue.  The book has something for everyone.  Great for the kids but with enough story and DC cameos to keep the geekiest mums and dads entertained too. 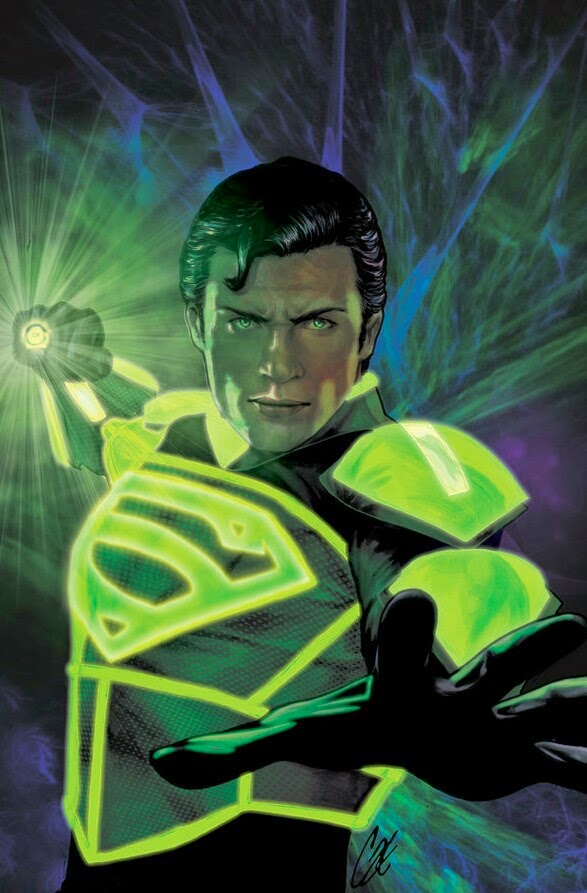 Smallville: Lantern - Taking up the story where the Smallville TV show left off, Clark Kent becomes attached to a ring that he cannot get rid of and has to deal with a whole new set of powers as a result.  Features a full array of our favourite Lanterns including John Stewart as the current GL of Earth.  Fans of the show can easily dip into this 4 issue mini-series without having to have read any of the preceeding Smallville comic books.  Well worth your hard earned pennies!

New 52: Futures End - What happens when you take a Green Lantern and mix him up with a power-mad cyborg-making super-computer?  Futures End... obviously!  The latest weekly comic from DC Comics is not to be missed.  Horror fans in particular should take note.

Earth 2 - A Green Lantern with a difference, the Golden-Age hero that started it all is re-imagined for the New 52.  Alan Scott fights for the survival of a parallel Earth empowered by the very planet itself.  A beautiful book with a carefully crafted story and unrivalled art offering up a host of classic characters as you have never seen them before.


With all these choices on the shelf everyone can put a little Lantern in their lives.  So go on fanterns, shine the light for the GLU and I can promise you'll have a lot of fun while you're doing it! 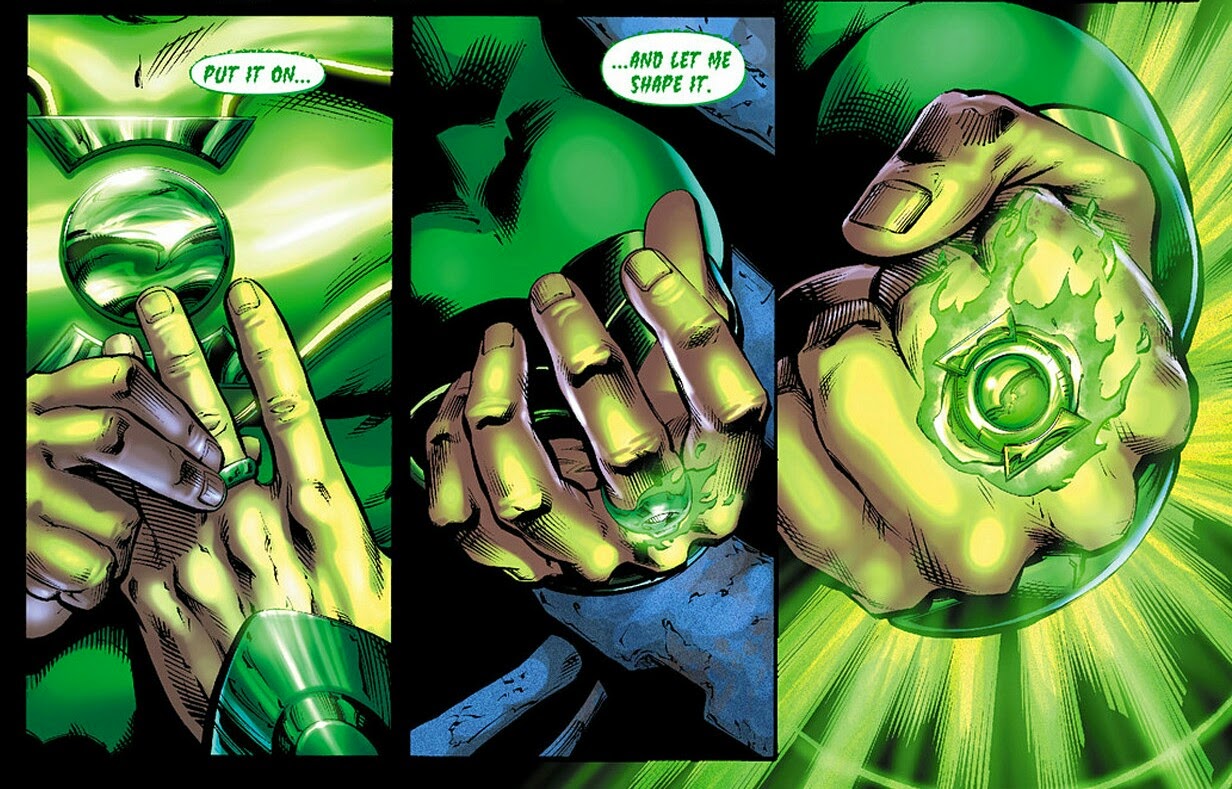