Is The Light Finally Fading On Geoff Johns' Brightest Day?

 One of the very best things about the comic book fan community is the enthusiasm with which we take to any available medium to share our love (and hate) of the books we read and the people who create them. Whether via internet fan sites and blogs, social media like Twitter and Facebook, video reviews on YouTube or audio podcasts we are everywhere proving without a shadow of a doubt the global appeal of the ‘funny pages’. 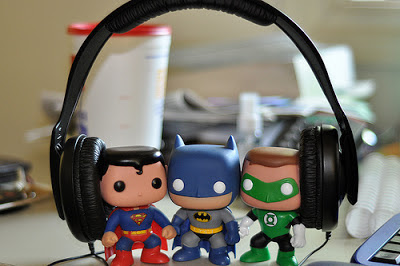 Personally, I love comic book podcasts.  I can listen to them at work, on the go or helping out around the house.  There are probably seven or eight podcasts that I listen to regularly and around about the same number again that I catch up with from time to time.  As a Green Lantern fan first and foremost oashow that I never miss is the LanternCast.  These boys, and occasionally gals, run a mixed format of news, reviews, discussions and debates on all things GL.  One episode might be looking at the latest lantern release while the next is focusing on a character profile or a landmark issue from the silver age.  I would commend you in particular to check out their most recent offering, Episode #149, in which the guys take a long hard look at the future of the Green Lantern universe.

The first topic up for discussion was the one and only Geoff Johns.  As all GL fans know, Johns is a modern day hero.  Since 2004 he has been the driving force behind all things lantern, propelling the character, or more correctly characters, from supporting cast to a heavy hitter, going toe to toe with Superman and Batman in the sales numbers chart.  Just lately however many fans, including myself right here at Flodo’s Page, have questioned whether the lantern’s light is on the wane.  With the lacklustre event that ‘Rise of the Third Army’ has been up until this point, the LanternCast have dared to ask the question, “Has Geoff Johns had his day?  Is it time to get some new blood on Green Lantern?”  The debate they had was extremely interesting and highly entertaining so you really should head on over to their site to give it a listen, or catch it over on iTunes or Stitcher.  Immediately after listening to the show I was compelled to write an email to the guys to pitch in on that and some other subjects they'd discussed.  What follows is and extract from that email.  I’d love to hear what other GL fans think too so please feel free to add your comments to the bottom of this post. 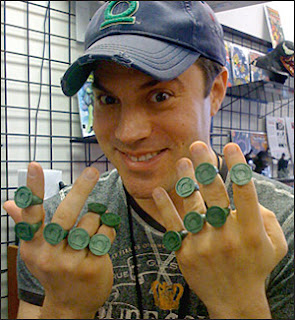 “…I would agree with your comments that Johns seems to be spreading himself too thin at the moment. I think the 'Third Army' event has fallen flat. However, part of the reason for that is that it had been billed as a bannered event. Hardcore lantern fans felt obliged to buy all 4 titles which really wasn't necessary. Enough story could have been (and mostly was) covered off in each book to get you to 'Wrath of the First Lantern'. 'Third Army' should have been produced as a sleeper plot building in the background of the GL universe which would have reached a crescendo with 'Wrath'.

In saying that, I don't think Johns is finished at the helm of GL. The story of the emotional spectrum that he has been building over the last 8 years still has a twist or two left in it. He has demonstrated his own writing abilities ably in the recent Indigo Tribe and Black Hands arcs of the main Green Lantern title. And, presuming he has an overseeing hand in the other books, I think the concept of Kyle 'Mega-Lantern' Rayner is a great one, even though it has been executed less than satisfactorily lately by a below-par Bedard (As a side point I think Tomasi and Bedard should switch titles to take advantage of the former's vivid imagination and get the latter back to what he does best on GLC).

I think you are correct in your assertions that Johns has been hampered by DC Comics' desire to reproduce a Green Lantern best-seller event over and over again. Where he is at his best is in picking up on the works of past writers and enriching them with a fresh viewpoint that quite often takes the characters involved to places their creators could never have imagined. This type of storytelling takes time. Johns cannot be expected to give his narrative the focus it deserves if he is constantly being forced to produce the next DCU crossover extravaganza.

As you mentioned on show, Johns has left numerous teaser threads dangling over the years. Given his unquestioned ability he could easily pick up on any one of these and spin 12 months or more of Lantern stories out of it. The one I want to see most is Evil Star. I'm fond of the silver age version of the character in a humorous sort of way and Johns has been teasing this one since the Starlings first kidnapped the pathetic Black Hand in volume 4, issue #5 (I think!) and turned him into the harbinger of death that gave us Blackest Night and is still a major player today. Given the overhaul the Starlings were given in that issue I can only imagine the ferocity Geoff Johns would bring to a modern day version of Evil Star in an on-going storyline! 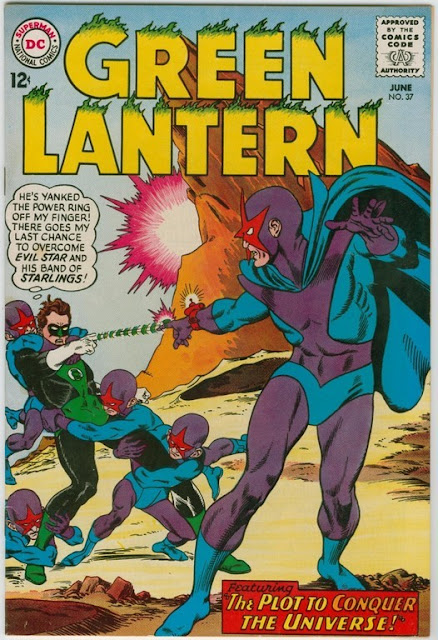 My last thoughts on the subject concern if and when Johns finally does move on from the title. I will hopefully still be buying Green Lantern well after the writer has moved to pastures new but I would want him to have the opportunity to wrap up his epic run once and for all before he goes. In an ideal world Johns’ run would be about the rise and then the fall of the emotional spectrum. I would prefer it if he were to decimate the other color corps before he called it a day. In my head that is his sandbox and not only would it be best if another writer didn't get a chance to mess with it, it would also be fairer on them if they began their own lantern journey without having to be bogged down in the world Johns created. 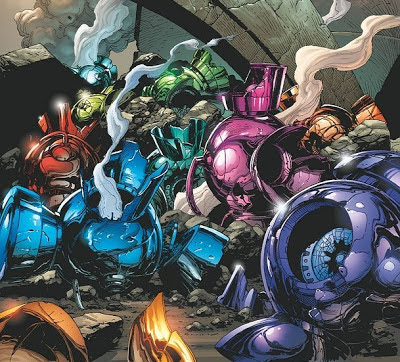 I am not saying to forget about it completely. Just to end the current existence of the other corps so that only the Green Lanterns remained. In that way a new creative team has a better opportunity to use of the whole mythos going back to the beginning of the silver age instead of having to make do with the last 10 years or so…”

So what do you think?  As the song asks, should he stay or should he go now?  I’m sure this is a subject that will divide the comic book fan community so if you’re a lantern fan and you’ve got an opinion on this one I’d love to hear from you.   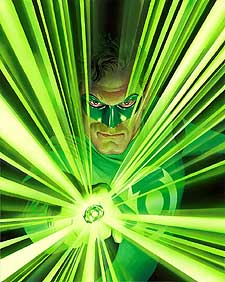 UPDATE: You should check out The LanternCast Episode #153 here to listen to Jim and Dan as they spend the last half hour of the show responding to my email - Thanks guys!!