Changing Of The Guardians - A New Era For Green Lantern

  Last week DC Comics announced via the Associated Press that Geoff Johns will be ending his legendary run on Green Lantern with issue #20 (vol. 5).  l received the news via Twitter. I am lucky to be counted among the Green Lantern Twitter community and my thanks goes out to all the Fanterns who are kind enough to include me in their discussions. 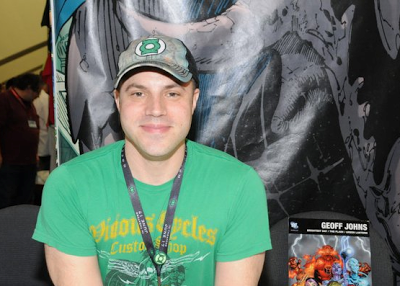 Geoff has done much work in expanding the GL mythos and I would be frustrated if he was replaced by someone who did not cherish the source material as he does.  My favourite fanboy catchphrase is “In Johns we trust.”  As well as the obvious disappointment of losing one of the greats, my immediate thoughts after reading the news were occupied with the future.  If I were in control at DC I would switch Peter J. Tomasi up to the main Green Lantern title and get Tony Bedard back to what he does best writing Green Lantern Corps. Green Lantern: New Guardians would make a great title for a new creator to find their feet in the massive and presumably daunting world of the GL universe.  I tweeted my fanciful wish list to mixed reaction.


Imagine my surprise then the following day when further news hit my feed that it wasn't just Geoff that was moving on.  It was all change at GL with writers calling it a day on all four lantern books.  While other fans cried 'foul' to DC I couldn't believe my luck. I was convinced my premonition would come to pass.  In my interpretation of Johns' blog post on DC’s own website he is bequeathing the upkeep of the legacy to Tomasi.  Of course, you could take it as a final thank-you to Tomasi before he too moves on to pastures new but I chose not to. 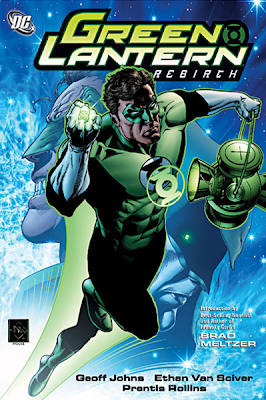 Johns won't be completely detached from the green as he shifts his focus over to Justice League.  In light of the news of his departure it seems like Simon Baz might be a bit of a parting gift from Johns to himself.  Only the Chief Creative Officer of DC could get away with creating a brand new lantern to pack in his box of tricks for his new project.  Solicits reveal Baz will be feature in the government sanctioned super team, Justice League of America. 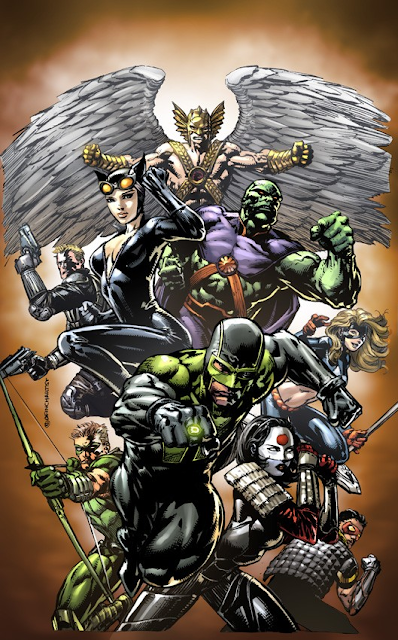 I am hoping for a bold ending from Geoff Johns for a run that rescued the franchise from relative obscurity in 2004 and put the character front and centre in the DC Comics line up.  Perhaps more so than ever before.  I mentioned in a previous post that I think he should decimate the coloured Corps of the emotional spectrum and strip Green Lantern back to basics.  This would give whoever takes over a fresh crack at the whip without being encumbered with the heavy burden of living up to Johns' legend. With the levels of power wielded by the First Lantern in the current crossover arc a complete do-over is entirely possible.


I don't know where this tactic would leave New Guardians. Perhaps the book will be ended which I hope is not the case.  As an alternative direction Kyle and whoever joins him could be literal Guardians of the white light of life.


Personally I am just about done with Red Lanterns in its current format despite my anticipation of the Inversions return. Maybe some new blood (no apologies for the double meaning) could be just what this title needs.

The impact of Johns’ departure cannot be underestimated.  At the same time he leaves behind a comic book franchise that is in high demand from the fans.  A few readers may drop off and follow him to his other books but then again, if DC play their cards right, this could be the jumping on point for new readers who missed out on the fresh beginnings experienced in most other titles with the publication of the New 52.


Only this morning fellow lantern aficionado @CorwinC sent me a link to the news released via MTV Geek revealing the names of all of the writers and artists who will be taking the reins of the GL universe.  As ever, my predictions were 100% wrong.  All four titles (possibly five if the debate around Larfleeze breaking out of Threshold holds water) have brand new creative teams.  A clean sweep.  Not that I am disappointed.  Robert Venditti has had nothing but good press for his work on X-O Manowar at Valiant Comics.  And Billy Tan’s first art release speaks for itself.  They will be working together on the main Green Lantern title.  Similarly the other names in the mix are being lauded as team-ups with great potential.  I'm excited to be in on the ground floor of a new era in the lantern mythology.  Venditti has already set himself a massive challenge in his first interview since the news broke, “If we execute the story the way we hope to, it’ll tie together every Lantern of every Corps who has ever appeared in any comic book.  Ever.  We’re going all in.”  I only hope he realises he is talking about a billion years of history here!
From the way things have been shaping up in recent books it looks like the Guardians of the Universe are on the way out too.  What this means for the Corps remains to be seen.  It is worth recalling the last time the Guardians disappeared from our pages in the mid-80s leaving the Corps to fend for themselves.  Hal Jordan, John Stewart and co. formed the Green Lantern Corps of Earth while Flodo Span and his companions became the Green Lantern Corps of the Klyminade.  Will power endured, the Corps survived and the Guardians returned because in comics nothing is forever.  The same is true of the printed page and the publishing office.  In recent times Frank Miller, Neil Gaiman and others have returned to the characters that made them famous and there is no reason why we couldn’t be saying the same thing about Geoff Johns in the not too distant future.  And it sounds like we have a lot to look forward to with our new Green Lantern creators in the meantime.   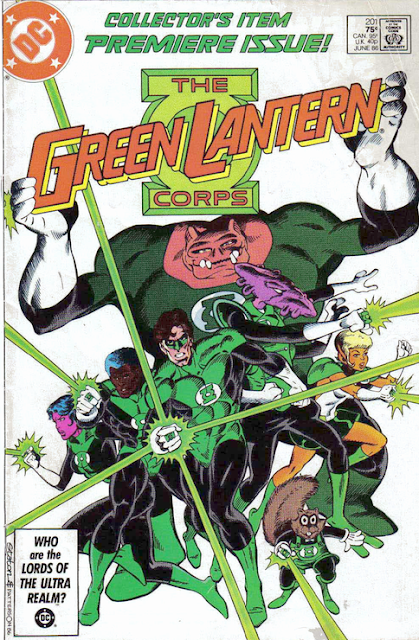