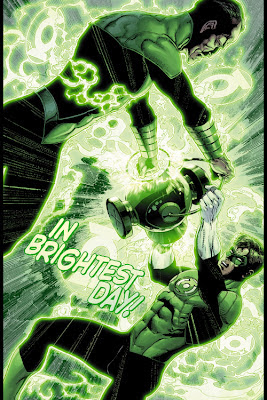 Something I have been thinking about a lot recently is, “Why Green Lantern?”  There was a time when I had no favourites and all comic book characters where treated equally.  I’ve always enjoyed the rich history of the genre.  The twists and turns behind the Captain Marvel story are riveting (or should that be Shazam?). The legacy of Stan Lee speaks for itself.  And I was always appreciative of the work that had been done by Gerard Jones, and Alan Moore and many others to build out the Green Lantern universe.


But it was only when I came across a particular mini-series eight years ago that I realised that this was the one for me. Green Lantern: Rebirth written by Geoff Johns and pencilled by Ethan Van Sciver put it all back together again.  This was the creative team that managed to take Hal Jordan, Kyle Rayner, John Stewart and even Guy Gardner and put them ALL back into a GL uniform.  Rebirth said, “This is the old, and this is the new, and this… is the very, very old.  Well guess what?  You can have them all.  All of these things happened, they are all important and they can all co-exist.  And by the way, this isn’t going to be like anything you’ve seen before.”  And I was caught like a moth in the thrall of a bright green light.  All I wanted to do was learn more and more about the Corps and its illustrious creators. 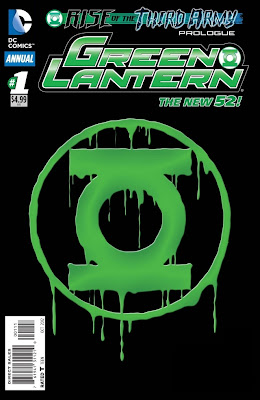 Which brings us to Green Lantern Annual  #1.  The old team is back.  29 pages to feast your eyes and imagination on a story where the intimate stands shoulder to shoulder with the epic.  Followed by another 6 earth-shattering pages by Johns and Pete Woods.


Before we dive into the book properly a nod must be given to the cover of this annual.  The famous Green Lantern symbol shines from a pitch black background oozing and dripping with thick blood-like blobs.  This is obviously a tribute to the Death of Superman cover back in the nineties, a point that certainly doesn’t bode well for our GL heroes.


The book opens with lightning fast recap of over a billion years of history from the Guardians of the Universe.  For new readers this can be summarised as “Lots happened and we’re not nice guys anymore.”  The Guardians have decided to eradicate free will from the universe.   And they are not the only rotten apple in the barrel.  Hal Jordan has been buried alive by Black Hand.  Van Sciver captures the claustrophobic intensity perfectly in these pages as Hal claws his way up out of the mud and the earth.
The script puts a new twist on essential elements of the Green Lantern continuity.  We share in Hal’s revulsion as Black Hand tries to resurrect his father’s corpse and desecrates the hero’s most traumatic memory.  And the Guardians backstory is given exploration as we learn how they imprisoned the First Lantern eons ago, leaving some of their brethren locked away to ensure he remains captive.  We don’t find out much about the prisoner in this book aside from the fact he is immensely powerful, perhaps even more so than his captors.  A battle between the two Maltusan factions demonstrates how far the Guardians have gone in their madness.  Essentially they are fighting their ancient selves. 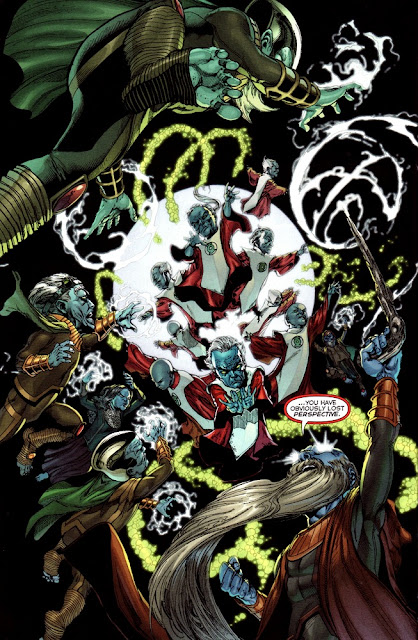 Hal and Sinestro demonstrate why they earned their Green Lantern rings in the first place as the action flips back to the cemetery in Coast City.  They take on the Black Lantern with fists and a spade before willing a final spark of energy from their drained rings to transport Sinestro’s battery from Korugar.  Ethan Van Sciver’s art comes into its own as it always did when showing the GLs at full charge, energy leaping from them in all directions. 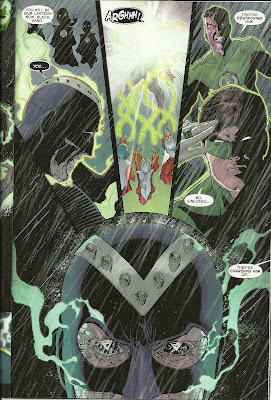 The strong connection between Geoff John’s and his artist is obvious.  The layouts in the annual are imperative to the story telling process.  The action is pushed along swiftly in concise but detailed panels as the Guardians retrieve the First Lantern and discover Hal and Sinestro‘s battle with Black Hand.  As they arrive on the scene in person to take control of Hand and imbue him with their own power.  This is laid out in a beautifully constructed page with the individual panels taking the form of beams emanating from the villain’s super-charged head.


The Green Lantern’s are sucked into Black Hand’s ring and apparently killed.  Their rings recognise them both as deceased and fuse back together before flying off to locate a sentient replacement.  Meanwhile Hand is transported by the Guardians to the First Lantern’s former prison and will remain there as their pawn until they should require his services again.   The tale ends with the Guardians declaring death to all of the Green Lantern Corps and the rise of the Third Army.


Although my heart is crying out for more Van Sciver, I can appreciate the benefit of switching up the artists in the book’s Epilogue with Pete Woods taking over on pencils.  The story of The First Soldier begins with a beautiful sunrise slowly revealing the carnage at the Coast City cemetery.  Displaced corpses surround the Guardians who care not a jot.  They gather around the first lantern and siphon off his power for their own dastardly purpose.  Their skin bubbles unable to contain the raw energy crackling through the air.  The dialogue is sparse with magnitude of the scene speaking for itself.  In a sequence strongly reminiscent of Mary Shelley’s Frankenstein the Guardians use the stolen energy to conjure up a horrific life form to do their bidding. 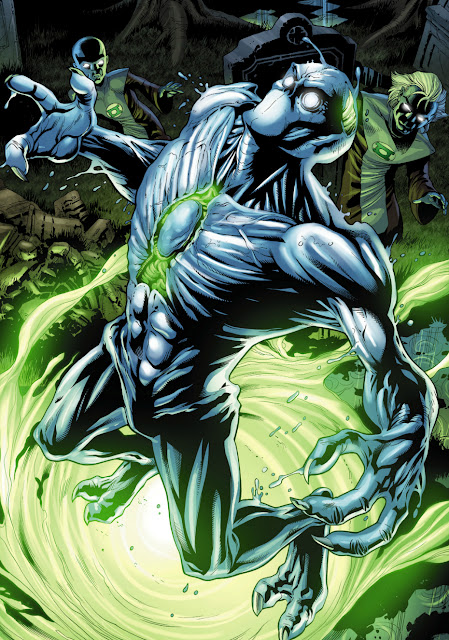 An unfortunate police officer stumbles upon them and is immediately transformed into a second demonic soldier.  (Ironically the debates I witnessed on Twitter recently ALL appear to be correct – the Third Army recruits are both a creation of the Guardians and transformed everyday people).  The diminutive immortals send the soldiers off to conscript further numbers to their ranks both on Earth and across the universe.  The final panel foretells the inevitable war that lies ahead and casts an ominous final glance on the First Lantern.  Even hidden in shadow a huge sense of power is captured in his depiction and I am sure he will have a major role to play in the adventures that lie ahead. 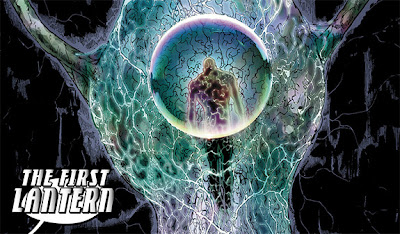 Green Lantern Annual #1 was a strong book in that it brought a level of conclusion to the Black Hand story that had gone before while capably acting as an attention grabbing hook for the forthcoming Third Army crossover event.  By bringing back together the team that gave birth to the modern era of the Green Lantern, DC Comics have ensured that the spirit lying at the core of these books and these characters is faithfully maintained.  As well as this, coming as it did as the fifth lantern title released in August, the publisher has shown the greatest respect to the reader by producing a work that is undeniably worth the extra five bucks spending money.  If only we could say these things about all of our comics.