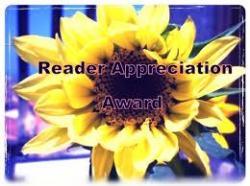 I was recently honored to have Flodo’s Page nominated for a Reader Appreciation Award by fellow blogger and legend among geeks Paul Bowler of the Sci-Fi Jubilee blog.

The Reader Appreciation Award is like a chain letter of goodness passed between bloggers who recommend their own favorite blogs to their readers. I think it’s a great way to give a pat on the back to some lovely peeps out there and to let them know their contribution hasn’t gone unnoticed.

It’s all about spreading the word and bringing us together as an interweb community. So in the case of this award every nominee is a winner. Thanks Paul!

There are a few rules attached which can vary slightly from blog to blog. So here’s my version of proceedings for any nominee who wants to be our very own Torchbearer, Kyle Rayner, and carry on the tradition of the Reader Appreciation Award. (And there is definitely no obligation here – your blog has been included because I think it’s pretty darn cool!):

1. Thank the blogger that nominated you and link back to their site.
2. Pick 10-15 blogs that inspire you and link forwards to their sites.
3. Answer 10 questions posed by the person who nominated you.
4. Ask 10 questions for your own nominees to answer.
5. Include the Reader Appreciation Award logo on your blog post.
6. Get in touch with as many of your nominees as possible to let them know how great they are!!


The blogs that most entertain and inspire me are, in no particular order:

Too Dangerous for a Girl

The Blog of Oa


Some of these guys and gals post more frequently than others but all are well worth a few minutes of your time, so check them out. 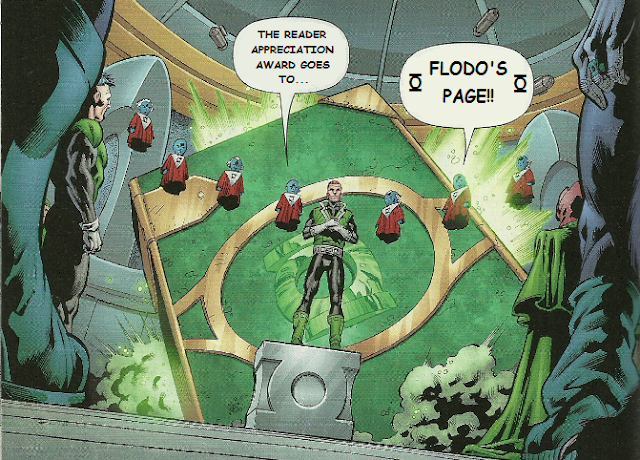 
1: What is the scariest film you have ever seen?

The only film I have ever hidden behind the sofa for was Superman 3 when all the computer bits leeched onto that evil old lady and transformed her into some sort of cyborg thing.


2: Have you ever judged a book by its cover and been wrong?

Yes. Terry Pratchett is my favorite author by a long country mile but the first time I saw the genius etchings of the late Josh Kirby I wasn’t at all sure that this was for me… and I was WRONG!


3: Say you had a Star Trek transporter, where on Earth would you beam to right now?

The top of Everest. I’d love to say I’ve been there but I’m not about to put in the sort of effort required to get myself up the tallest mountain in the world.


4: How would you pass the time on a long train journey?

Comic book podcasts… Raging Bullets, Podcast of Oa, Lanterncast, We Talk Comics, Incompetent Comic Cabal, The Mean Geek, The Comic Cast and IGN Assemble to name but a few. And there are loads more out there that I also love, so go find them all!


5: If you could be a superhero for a day, who would you be?


6: Are you bothered about seeing a film in 3D?

Basically no. Green Lantern was ruined for me by viewing it in 3D (and I actually quite like that movie). The only 3D film I’ve ever really enjoyed is Dredd3D which is A-MAZ-ING! Go watch it…


7: Doctor Who has a TARDIS, which time & place would you like to visit?

The ancient Aztecs. I’d really love to see how they managed to build all that stuff up a mountain at the dawn of man’s technological development.


8: Lots of Zombies are outside the house. Do you wait for help or try to escape?

Would entirely depend on the rations I had available. If the cupboard was bare I’d be making for the local Kwik-E-Mart tout suite.


9: Which Star Wars Trilogy is best: Prequel or Original?


10: If you had a chat show, who would you like to interview?

Geoff Johns… and we wouldn’t be cutting to commercials until I found out if he really has a 20 million year plan or if he’s making Green Lantern up as he goes along (which is fine by me either way).

1. DC, Marvel or Other? Which comics publisher is your favorite?


2. Who is you favorite writer or artist currently working?

3. Who is your favorite writer or artist from the past?

4. What superhero do you think makes the best team player?

5. Whose superhero costume do you hate the most, and why?

6. If you could bring one title back from comic book limbo what would it be?

9. What was the best comic book single issue that you read in the last 2 months?

10. Finally, the age old question: if you were writing, who would win a fight between Superman and Hulk? What’s your logic?


So there it is. Have fun answering your questions. The blogs nominated here are some of my favorite but if they’re not the one for you, keeping looking because there are tons of geek-related blog sites out here… yours is just a click away.

And thanks once again to Paul Bowler of Sci-Fi Jubilee. 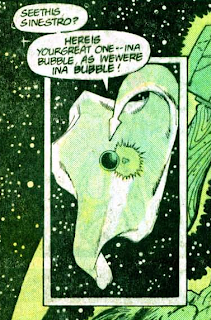